Professor of Psychology, University of California at Riverside
mary.gauvain@ucr.edu 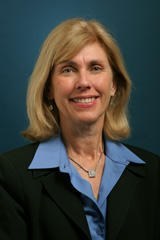 I am interested in how children’s experiences with other people and the practices and tools of culture contribute to cognitive development. I have studied the development of problem solving, planning, spatial and mathematical reasoning, and concept formation, all of which are critical to everyday functioning. My book The Social Context of Cognitive Development (2001) describes social contributions to what children learn and how learning occurs. Recently my collaborators and I have focused on children’s health and well being, including how exposure to open fire cooking relates to cognitive development (Munroe & Gauvain, 2012), children’s understanding of water and food contamination in Tanzania, and health knowledge among rural Maasai adolescents and adults (with Heidi Beebe, Ph.D.). I am also interested in the sociocultural theory of cognitive development as well as the relation between cultural change and cognitive development and I have authored several recent papers on these topics.

I am Co-PI on an NSF funded IGERT project on water, the environment, and sustainability. I am also a member of the UC Global Health Initiative (UCGHI) and currently serve as Co-Director of the UCGHI Center of Expertise on “One Health: Water, Animals, Food and Society.” From 2010-2012 I was Chair of the Academic Senate, Riverside Division. From 2013-2014, I was the Associate Vice Provost for Faculty Success and Development at UC Riverside.