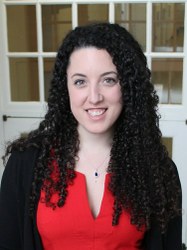 Lauren Perrotti Halberstadt is a PhD student in Spanish and Language Science. She received her M.A. in Spanish and her B.A.s in Spanish, Italian, and Global & International Studies. Her research interests include an interdisciplinary look at bilingualism, language processing, and variation. Lauren has participated in the ISI Eye-Tracking Lab of Dr. Giuli Dussias to investigate questions regarding language processing in second language learners of Spanish and also the effect of the second language on the first language. Lauren has worked with Dr. John Lipski to study aspects of bilingualism in the unique population of San Basilio de Palenque, Colombia where speakers are bilingual in Spanish and a local creole, Lengua Palenquera. Currently, Lauren is working on her dissertation under the tutelage of Drs. Giuli Dussias and Rena Torres Cacoullos investigating variation in New Mexican Spanish-English codeswitching and its effect on language processing. She will be travelling to Granada, Spain to work with Dr. Maria Theresa Bajo in her Memory and Language Research Group at the Universidad de Granada. Lauren will be conducting experimental tasks including a memory loaded repetition task and an eye tracking study. The goal is to investigate the link between language variation and language processing in codeswitched speech.