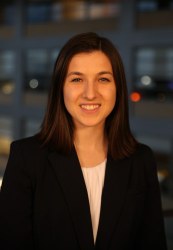 I am a Junior from Lancaster, Pennsylvania. Majoring in Communication Sciences and Disorders with an intention to attend graduate school for Speech Language Pathology. I am involved in Homecoming as the Parade Director, I am a THON Operations Committee Member, and I am in the National Student Speech Language Hearing Association. I have spent time mentoring international students in English and teaching abroad in Ecuador.

I am traveling to Palenque, Colombia, where they speak both Spanish and a creole called Palenquero. I am interested in these two languages, because they aren’t mutually intelligible. I want to look at the influence of the different phonologies on the lack of mutually intelligibility by focusing on phonological production. I will be focusing on what are the segmental phonetic cues that separate Spanish and Palenquero, how do low-level phonetic features in Palenquero vary according to level of proficiency, and to what extent are bilinguals of varying levels of proficiency aware of the quasi-regular phonological correspondences between Spanish words and their Palenquero equivalents.