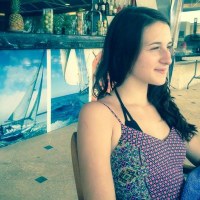 My name is Rebecca Barnes, I am an undergraduate majoring in Linguistics, Spanish, and French. I will be going to Palenque, Colombia during the summer of 2017 with Dr. John Lipski to study Lengua Palenquera, a variation of Spanish unique to this small village. I am highly interested in studies concerning bilingualism and code-switching. For example, I went to Granada, Spain last summer to conduct eyetracking research on Spanish-English bilinguals in Dr. Teresa Bajo's lab. This summer, my experiment will consist of translation and listening tasks that will help to discern which grammatical structures encourage Lengua-Spanish bilinguals to identify each language in code-switched sentences.

I will be traveling to Palenque, Colombia to study Lengua Palenquera, a variation of Spanish that consists of many Spanish and African Bantu language structures. My project will be investigating whether or not Lengua-Spanish bilinguals follow Dr. Pieter Muysken’s criteria for ‘congruent lexicalisation,’ wherein code-switching bilinguals will assign the grammatical structure of one language as they are speaking another language, or if they follow Carol Myers Scotton’s “Matrix Language Frame Theory,” which stipulates that every code-switch has a base language into which other languages are ‘inserted.’ This research will determine whether or not Lengua-Spanish bilinguals are truly code-switching and, if so, how they assign a base language to code-switched stimuli. Overall, the goal of this endeavor is to analyze how Lengua-Spanish bilinguals identify key elements that permit the differentiation between Lengua and Spanish. Through a series of translation and language recognition tasks, the outcome of this study will be to discern the borders between Spanish and Lengua.