Assistant Professor of Psychology, University of California at Riverside
sin.cheung@ucr.edu 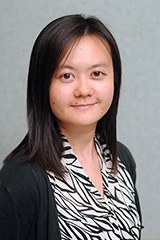 My research aims to understand how children’s environment shapes their motivation and achievement in school. To this end, I have primarily focused on the role of parents. In one line of research, I have examined the effects of parents’ involvement in children’s learning in the United States and China, with attention to the mechanisms underlying the effects. A second line has centered on the role of children’s disclosure of their everyday activities to parents in children’s academic adjustment, focusing on the contribution of the socialization context. In a third line of work, I have begun to investigate relationships in the classroom – specifically, children’s relatedness to teachers – to elucidate how the effects of such relationships on children’s achievement vary across cultures.