Assistant Professor of Spanish, University of California at Riverside
covadonga.lamar-prieto@ucr.edu 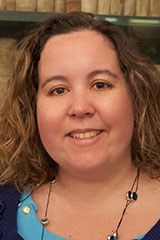 Covadonga Lamar Prieto specializes in Sociolinguistics of the Spanish in the US. Her corpus-based research deals with Historical Spanish in California, with a focus on language change, dialectology and bilingualism. She is currently working on a book length project on the sociolinguistic situation of Spanish in Nineteenth-Century California. As she is also interested in the contemporary consequences of historical language contact, she leads two young projects, both UCR-funded: “Emotional Bilingualism” and “Siri and the Hispanounidenses”.

“Emotional Bilingualism” is a collaborative interdisciplinary project (Spanish/Psychology/Sociology/English) that examines how Spanish-speaking children from the Riverside community learn to verbalize negative emotions, especially when joining a school setting mostly in English. “Siri and Hispanounidenses” is a Digital Humanities project that seeks to understand how voice-recognition applications respond to different dialects of Spanish (Spain, Mexico, US). I analyze the impact on our understanding of US Spanish and its speakers of Siri’s interpretations.

Besides being a Linguist, Covadonga is a Colonialist. She specializes in Colonial Mexico and the cultural production of the first Criollos: how these Criollos defined their new transatlantic identity, and the way they used to examine their society through literature.