Professor of Psychology and Neuroscience, University of California at Riverside
curt@ucr.edu 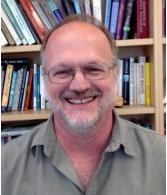 The focus of our research is how meaning is acquired, represented, and used during language comprehension. Research in the lab encompasses basic word recognition, categorization, syntactic processing, and sentence comprehension. We employ computational, neuropsychological, and psycholinguistic methodologies to pursue these questions. Most of our research involves the Hyperspace Analogue to Language (HAL) model of memory that was developed in our lab. Our research and development along with the LSA group spawned a new field of statistical models of language and memory and distributional semantics. Our research with this model has spanned a broad range of cognitive phenomena. Recent work has turned to the application of the model to information retrieval in large databases, political analysis, animal communication, and simulating memory in mental disorders. We are very excited about our SCiL project that is a collaboration with Apple Computers and the University of Sao Paulo in Brazil where we will be deploying an iOS app for the world-wide collection of cognitive and behavioral data for a broad range of research. The lab has been funded by the Apple, National Institute on Aging, National Science Foundation, the United States Army, and the Digital Media Innovation Program (DiMI) and includes two graduate and eight undergraduate students, and Dr. Curt Burgess. Abstracts and reprints of our work are available at researchgate.